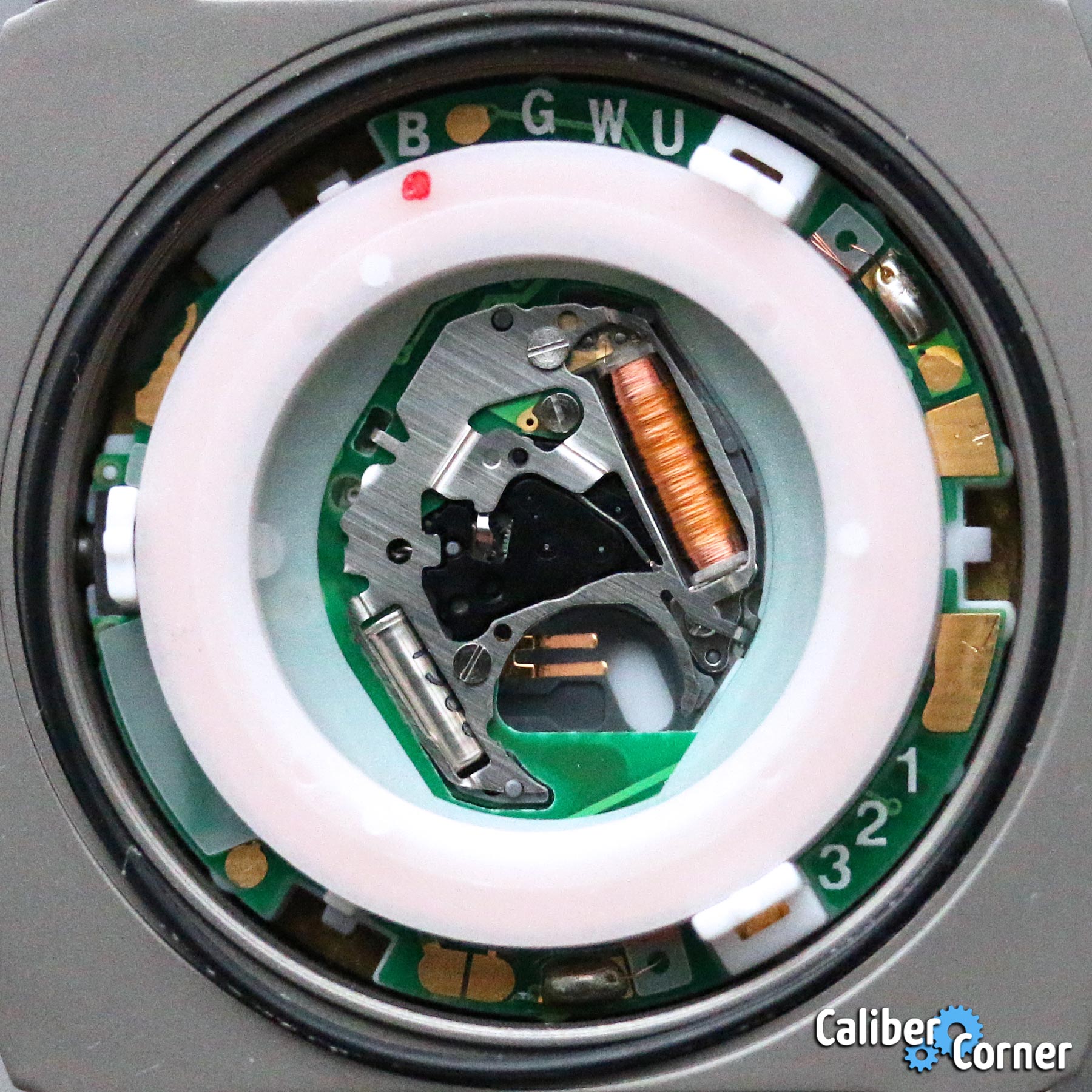 The Elemex caliber 8J81 is a quartz movement with 0 jewels.

Elemex specializes in rechargeable quartz movements. The watch this movement was found in has a 3.7v lithium ion battery rated for 10 years.

“The movement uses electromagnetic induction system technology to deliver charge to the movement without having to connect any wires directly into the watch itself.” –KeepTheTime

There is a charging base that the caseback lays on to recharge without any direct physical contact with the movement (much like wireless charging technology for cell phones).

Although the movement featured here may have different results because of the additional LED functionality, Elemex claims that their movements become fully charged in about 36 hours, giving the watch about a year of power reserve or battery life. If you charge it for 8 hours, you should get about 3 months of battery. Furthermore, a mere 5-10 minutes will get a full day of power. Here is a chart.

It has a low battery indicator which causes the second hand to jump every 2 seconds indicating that there are approximately 48 hours remaining on the charge.

Where is it made?

Other Elemex movements were found with Japan stamps, but this movement has a China stamp. The Elemex service center is based in Japan. 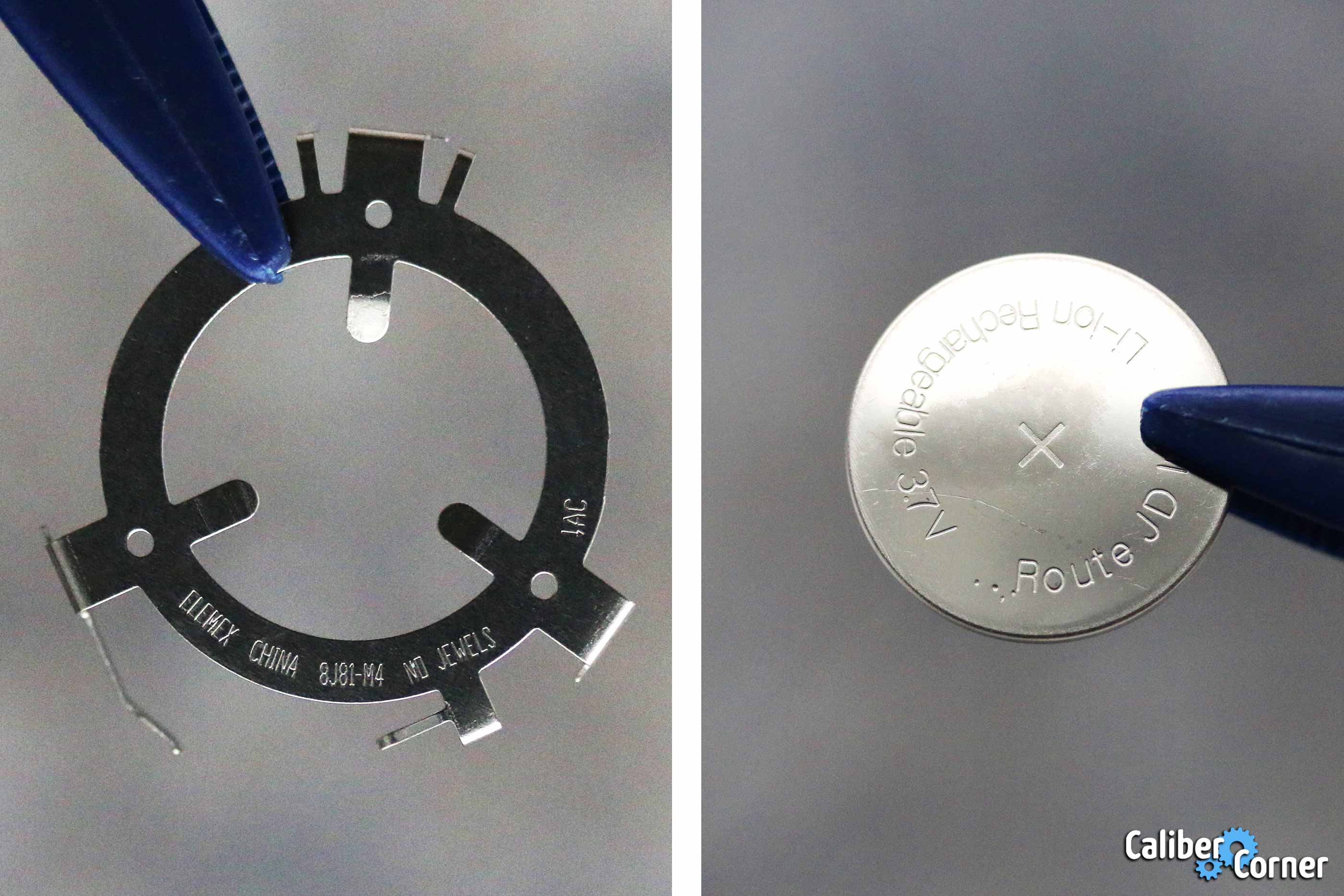