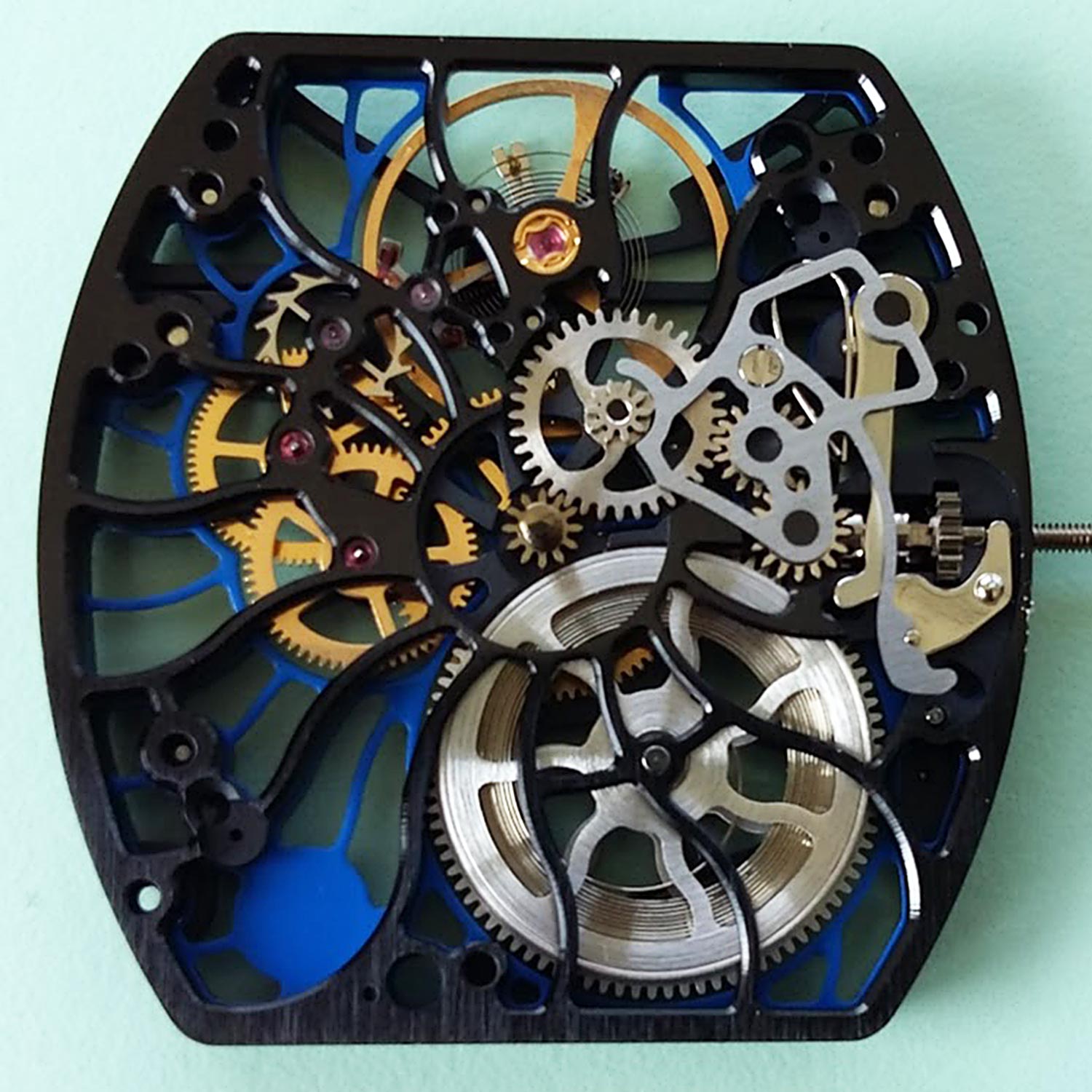 This example of an Arola caliber AR 165 was found in a. The specific movement in the photo is an AR 165 S Sun in black and blue.


Alfred Rochat (here with two of his sons), native son of the country having become master watchmaker and having trained watchmakers himself, created his own watch factory in 1941 by hiring watchmakers trained by him. Having acquired the brand AROLA after some years, he later founded the company AROLA Alfred Rochat & Fils SA while maintaining its activity in the service for famous brands and appreciated. –arola-alfred-rochat.ch

There are four variations of the AR 165: